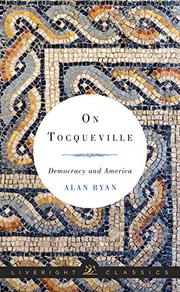 In 1831, Alexis de Tocqueville (1805-1859), accompanied by a traveling companion, came to America charged by the French government to study the country’s penal system. During their tour, besides visiting prisons, they observed the social life and culture of the young nation. Five years later, Tocqueville published Democracy in America, two volumes that were acclaimed in his own time and remain relevant today. Ryan (Politics/Princeton Univ.; On Politics, 2012, etc.) offers a clear, incisive introduction to Tocqueville, followed by selections from Democracy in America. Tocqueville came with an overriding question that concerned his own countrymen: How did democracy thrive? “A stable political order that was both democratic and liberal required distinctive social, moral, and economic attachments,” Tocqueville believed; “their analysis was an urgent task.” The French Revolution, after all, had resulted in “mob rule, the Terror, and mass murder, and thence to a conservative republic.” What made America different? Influenced by Rousseau, Montesquieu and Francois Guizot, Tocqueville identified individualism as a key factor in democratic success. To him, individualism meant “a strong sense of ourselves as moral beings with duties to perform and rights to protect.” Furthermore, he believed that America offered its citizens—except for Native Americans and blacks—the opportunity for equality. “Equality of condition,” according to him, “was not equality of income, education, or anything in particular; it consisted in the absence of social obstacles to whatever ambitions an American entertained.” Although he argued that America was not at risk of relapsing into tyranny or anarchy, he worried about the possible “tyranny of the majority” and of an insidious consequence of individualism: “a retreat from engagement” with the outside world.