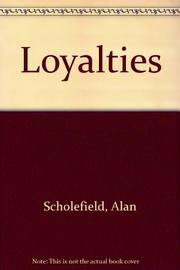 Veteran tale-spinner Scholefield, author of intelligent, lively thrillers often set in far times and places, whose first mystery, Dirty Weekend, was published in 1991, fattens a boardroom/family drama set in contemporary London with a WW II adventure—which, impinging on the life of a media career woman, leads to a sleuth through the past and a hairbreadth close. Anna Webster, now head of a communications empire, was 18 in 1937 Vienna, a nanny for the child of the Meissner family, friends of her dead parents. When it became obvious that the Meissners had to escape, their guide was one Cuno Beckerman; his private price to Anna was perverted sex. Later, however, Anna will find what she knows is true love with American war correspondent Ben Ramsey, but it is Wilson Braid, heir to a newspaper chain, who helps Anna to escape with the Meissner child, Nico, after his parents disappear. Anna, pregnant, marries Braid, whom she soon detests, but her father-in-law Jock admires her, gives her a home, and leaves her his empire. Now, in the present, Anna (long-divorced from Braid) is facing a takeover of Webster Communications by Braid and her three sons. As the meeting looms, there comes to Anna the information that a man who may be Cuno Beckerman is being held as an infamous Nazi war criminal. Would she identify him? It's her granddaughter Nairn who unearths the clues to the man's identity, a terrible triple murder, and a villain close to home. Not in the same league with Scholefield's edgier tales, which are resonant with history and atmosphere—but, still, as a family tale with action, not a sag or a dropped stitch.