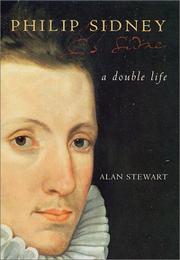 Stewart (co-author, Hostage to Fortune, 1999; Renaissance Studies/Birkbeck Coll.) paints a detailed portrait of the Elizabethan Age as reflected through the fortunes of the extended Sidney family. Given that poet Philip Sidney’s uncle, Robert Dudley, was Queen Elizabeth’s paramour, and his father, Henry Sidney, spent years administering both Wales and Ireland for the crown, any account of Philip’s life will necessarily provide a wealth of insight into the workings of the court. Stewart has done extensive research and amply sets the stage for Philip’s considerable achievements by chronicling his education and youthful travels on the continent. More importantly, Stewart shows how Philip’s worldview was shaped by a series of mentors, among them Hubert Languet, who recognized Philip’s potential—a potential defined as much by his family tree as by his considerable intellectual gifts. Those seeking a nuanced exposition of Sidney’s poetic achievement, however, should look elsewhere: Stewart seems to be more interested in the public than the private man. The focus, therefore, is on how Philip made his way at court, which required connections, tact, and good fortune. Moreover, royal recognition was a mixed blessing. His father, for instance, was dispatched to the backwater of Ireland for several years, and his service to the crown precariously stretched family finances. Philip, too, had to take care lest he fall afoul of the queen. For the most part he succeeded, tempering intellectual curiosity with circumspection, particularly with respect to religion. Before he was killed in battle at 31 during a campaign in the Low Countries, he had not only produced the poetry for which he is known today, but had shown great potential as a statesman.

While the accretion of detail upon detail sometimes slows the narrative flow, Stewart provides a textured insight into the society that shaped the poet. (14 illustrations, 13 b&w plates)