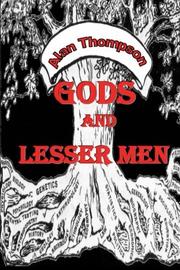 A young lawyer confronts eugenics in his family and his own questionable heritage—not to mention murder and thievery—in this legal thriller that shakes a family tree to its roots.

Thinking his life has been turned upside down when his patrician New England girlfriend, Alexis, announces her pregnancy and imminent abortion, Harry Monmouth soon finds that that’s the least of his problems. Scion of a prominent family, Harry discovers the family fortune is based on his judge father’s theft from psychiatric patients questionably committed; his mother and her eminent doctor father were also involved in eugenics stretching back to some infamous European fascists in the 1930s. Their work continues with an abortion clinic and the State Breeding and Betterment Board, which requires that unfit citizens be sterilized. When proceedings start against the indigent and fertile sister of an old African-American friend, Harry defends her right to choose; his discoveries help him recognize “the odious dysfunctional bloodline that was my family.” While the expository dialogue can sound a bit stilted and is never as powerful as the action, the book rarely lingers to pontificate. There are some awkward moments, as when another African-American friend of Harry’s, an empowered and intelligent woman, describes her schoolgirl crush on him: “a kitchen wench mooning over a young master.” Thompson otherwise has excellent control of his characters, and their motivations are expertly and appropriately wed to a seamless plot where nothing is out of place. In particular, the theme of eugenics is incorporated well into the plot on many levels. Harry matures from wealthy, irresponsible postgrad to a man owning his past, determined to prove he’s the apple that fell far from the tree.