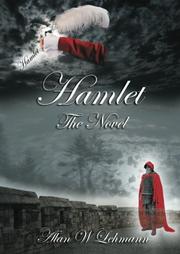 Debut novelist Lehmann adheres to the Bard’s plot, although, in this version, Hamlet’s trusted friend and confidant Horatio tells a good deal of the tale. Instead of opening the story with a visit from the ghost of Hamlet’s fallen father, readers join Horatio just days after the tragic deaths of the Danish royal family. Horatio’s task—undoubtedly a familiar one to students of English literature—is to write a report for his country’s new king examining the factors that led to the court’s “catastrophic destruction.” Through interviews, Horatio’s own recollections, and retrieved diary entries and letters, readers learn how Prince Hamlet’s vow to avenge his father’s death ultimately toppled a kingdom. Horatio serves as an able storyteller—offering readers a primer that prepares them to dive deeper into Shakespeare’s classic tragedy. But the novel is also at work on another level: Horatio’s narration is interspersed with third-person passages allowing a closer look into the minds of Hamlet’s love interest, Ophelia, and his mother, Gertrude. The motivations of these women have long been debated by scholars, in part because female characters receive scant attention in the original play. Lehmann’s version, by contrast, offers fuller portrayals. Gertrude, for example, has “never completely trusted” Claudius, and Ophelia, mourning the death of her father and still reeling from the loss of Hamlet’s affections, yearns for the simplicity of childhood’s protective cloak. Such humanizing details ensure that each woman’s death is a tragedy in its own right. The scene building up to Ophelia’s drowning is especially haunting: “The rush of the water was mesmerizing….Its gurgle, and the splash off the wheel as it turned over, were voices she knew and trusted,” Lehmann writes. “There was almost a sleepiness to it, the sound of a caress, of liquid inevitability.”