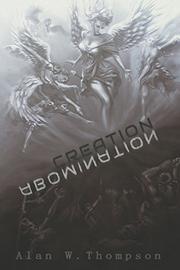 William Mears, a Ph.D. candidate at the University of Southern California, is studying the regenerative properties of stem cells and experimenting on mice. Although using human embryonic stem cells is controversial, William is completely committed to his work. The young scientist could possibly revolutionize regenerative medicine and make a lot of money doing it. It’s the latter prospect that interests his fellow graduate student Don, who partners with William. Added into the mix is Don’s scheming girlfriend, Kim (who just so happens to be the roommate of William’s girlfriend, Tara). She has her own ulterior motives regarding William’s work. As William and Don go ahead with their research, Kim takes an active interest in the proceedings and begins to act strangely. Don comes home to find Kim in the midst of some kind of satanic trance. What exactly is she planning if the research is successful? The answer to that question takes years to unravel as William goes about his lab work, his dissertation defense, and beyond. As the reader comes to learn, scientific advancement isn’t quick. This long view of discovery adds a layer of realism, but unnecessary details further decelerate an already snailish pace. Likewise, dialogue is often mundane; when William is about to meet Tara’s father, he explains, “I want to be certain to make as good of a first impression as possible.” Nevertheless, the text has much to teach, particularly about the ethical issues surrounding embryonic stem cell research. Tara’s father happens to be a minister with his own opinions on William’s work, and the two engage in an informative discussion. But Tara’s father turns out to be the least of William’s hurdles.