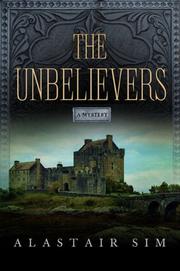 A police inspector tracks a Duke’s killer in 1865 Scotland.

Nineteenth-century Edinburgh is a dark industrial city whose shadows Inspector Allerdyce knows all too well. Still mourning his first wife despite his remarriage, Allerdyce has thrown himself into the work of bringing justice to the slums. But when William Bothwell-Scott, Duke of Dornoch, goes missing, the Chief Constable insists that Allerdyce focus all his attention on the peers of the realm. The Duke had a penchant for the low life. With the aid of the Duke’s shady valet, Allerdyce and Sergeant McGillivray comb the bawdyhouses and betting parlors of Edinburgh only to find the Duke shot dead, dumped in a well on his own estate. The Duke might have been blackmailed, but his brutal management of his tenant farmers and mineworkers also made him plenty of enemies—including Allerdyce’s assistant, McGillivray, whose family was forcibly deported from their ancestral home on Dornoch lands. Corrupt higher-ups in the police force would like nothing better than to pin the murder on labor agitators. When the Duke’s brother and heir is found dead too, McGillivray is set to take the fall. Allerdyce must find the real killer in time to save his friend and bring the truth to light, no matter how damning to the aristocracy.

Victorian yet gritty, a debut that will intrigue fans of police procedurals and historical fiction alike.