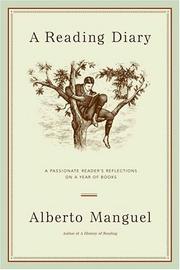 A Passionate Reader’s Reflections on a Year of Books

A chronicle of one’s reading is quickly becoming a popular subgenre among memoirists, and Manguel’s entry reflects his multilingual capabilities as well as his eclectic interests. To Wells, Kipling, and Doyle, he stirs in some Goethe and Cervantes, then spices the mixture with Dino Buzzati, Joaquim Maria Machado de Assis, and others. Manguel’s title fits. The diary format allows him to reflect on the writers and their texts but also on current events, dreams (including an affecting one about him and his late father dining in a restaurant), friends, houses, gardens, regrets, and surprises. His fondness for supplying long—perhaps overlong—quotations from other writers at times gives his text the feel of a commonplace work teetering on the brink of pretentiousness. And there are an awful lot of lists—e.g., favorite detective novels, favorite cities, fictional mad scientists, books he wishes he owned (Keats’s copy of Chapman’s Homer, etc.). The “diary” begins in June 2002 and concludes in May 2003; as the Iraq War moves from bombast to bombs, Manguel’s criticism of the Bush administration sharpens. There is, he says at last, no moral distinction between Saddam Hussein and George W. Bush. We hear too about his “new” house in France (it dates to the 13th century) and the shelving he’s installing to accommodate a personal collection that appears to rival the Great Library of Alexandria. Like many journals, this intermingles the profound with the trite and presents at least one grand irony: Manguel declares early that he doesn’t like people to sum up books for him, then spends the rest of his text practicing that very sin.

A reminder that daily ruminations of even a highly literate and engaging writer are not invariably erudite.