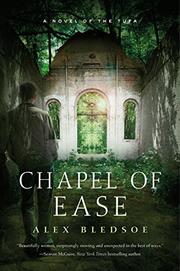 An actor travels to a rural town in Appalachia to learn more about the heritage, and the mystery, of his talented, recently deceased writer/director friend’s final play.

Thrilled to be called out of the blue to audition for up-and-coming director Ray Parrish, Matt Johansson is inspired by the lyrics and melodies in Ray’s musical, “Chapel of Ease.” Though he’d hoped to keep his excitement about the play under control, he can’t help but share his enthusiasm about it with fellow actor Emily Valance, though it turns out that Emily feels awful after being passed over for an audition. Or maybe it’s not just the audition: Emily and Ray seem to have a past they’d both like to revisit. Though Matt sees this as a bit of a shame—he’d love for Ray to be gay and available, as he is—he’s delighted when Ray chooses him as his new friend and confidant. That makes it all the more difficult when, shockingly, Ray dies in his sleep just hours after the play opens to rave reviews. Now Matt wants to learn more about the play’s titular chapel, which is apparently a real place in Ray’s hometown. Because the play revolves around a mysterious item buried in the chapel, Matt thinks that he can help the entire cast get closure if he can go to the chapel and discover what lies beneath. But the reality of this mission is complicated when Matt gets tangled up in Ray’s Tufa heritage and starts to learn a bit more about the people, or whatever they are, that Ray comes from. The book could have done with more exploration of the peculiar characteristics of the Tufa that other entries in this series (Long Black Curl, 2016, etc.) expound upon.

Bledsoe may be overselling readers’ curiosity about what lies beneath the chapel’s grounds.