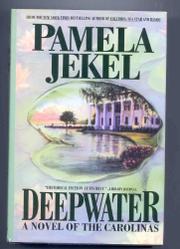  The action is often sluggish and nearly always weightless in this transparently plotted, melodramatic novel about the European conquest of the Carolina coastline, from the author of Bayou (1991), Columbia (1986), and Sea Star (1983). Our story starts in 1587 with the landing of a new British colony on Roanoke Island, just before the birth of Virginia Dare. Then Dare and the rest of the colonists disappear. Next we meet Leah Hancock and her daughters, solemn Tess and charismatic Glory, in a tobacco-raising settlement in 1711. Indian warriors kill Leah's husband and badly wound her, but Leah and the girls escape to a colony of Scottish lumberjacks in Cape Fear. Leah marries the ship captain who brought them there. They all live relatively peacefully until Leah dies of smallpox and the captain fobs Tess and Glory off onto a dashing pirate. Tess marries him, Glory goes to live with them, and the sisters run the household and raise Tess' three children together. Then Glory gets pregnant and dies in childbirth and Tess is left to raise her niece, Della. Della grows up to be a femme fatale and marries Philip Gage, owner of a neighboring plantation called Deepwater. Their marriage is troubled from the start: Philip, who is loyal to the King in the brewing battle for independence from England, is always away for political meetings, while Della and her obsequious slave abet his rebel enemies. Della and Philip take in his daughter by another woman who comes, goes, marries young, and sends her infant daughter, Laurel, to be raised by Della after Philip's death. Laurel inherits Deepwater and marries a Quaker, with whom she helps slaves escape through the underground railroad and raises three children. After the Civil War, newly freed blacks claim part of Deepwater, a school for black children is established, and a schoolteacher arrives from up North. Laurel has an affair with the teacher, but it eventually peters out, as does the rest of the story. The lackluster narrative--a patchwork of animal vignettes and italicized history that the author didn't manage to weave into the story--never quite comes to life.