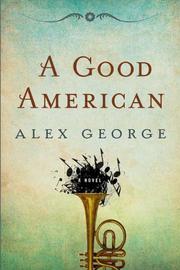 An attorney originally from England, first-time novelist George offers a love song to his adopted state of Missouri in this multigenerational saga of the Meisenheimers from their arrival as German immigrants in 1904 up to the present.

Frederick and already pregnant Jette marry on board the boat that brings them to New Orleans, where they immediately experience the kindness of strangers from a Polish Jew and an African-American cornet player. Large, easygoing Frederick immediately falls in love with America. Jette, who instigated their flight, finds herself homesick for the world she wanted to escape. They settle in Beatrice, a small Missouri farming town with many German immigrants, where their baby Joseph is born. A few years later comes his sister Rosa. Frederick opens a bar that thrives, but his marriage to Jette falters. When the United States enters World War I, Frederick enlists—George only glancingly touches the uncomfortable irony that Frederick is fighting against Germans when he is killed—so Jette takes over the bar. Prohibition arrives in 1920, and so does Lomax, the black cornet player from New Orleans. He helps Jette turn the bar into a restaurant offering a mix of German and Cajun specialties and becomes a surrogate father to Rosa and Joseph. But Lomax, who is doing a little bootlegging on the side, ends up murdered, his cornet stolen. Joseph runs the restaurant, now a diner, with Cora. Rosa becomes a spinster teacher. Cora and Joseph have four sons whom Joseph, who inherited Frederick’s love of music, turns into a barbershop quartet. Second son James is the novel’s narrator, and once he starts describing what he actually remembers, the tone changes. The melodramas of James and his brothers’ lives—sexual escapades, religious crises, even the big secret ultimately revealed—are more complicated but less compelling than his parents’ and grandparents’. At times the novel feels like a fictionalized historical catalogue, but there are lovely moments of humor and pathos that show real promise.