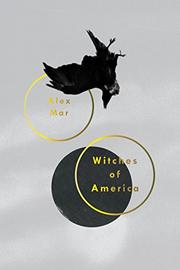 A self-avowed skeptic investigates the shadowy world of modern witchcraft.

In this literary companion to the 2010 documentary American Mystic, which she directed, former Rolling Stone editor Mar dynamically illustrates her adventures journeying across America in search of witches, mystics, and polytheistic pagans. A cynical native New Yorker drawn to fringe communities “whose esoteric beliefs cut them off from the mainstream but also bond them closer together,” the author first traveled to Northern California’s Santa Clara County, where a “Feri priestess” named Morpheus has constructed the Stone City, a sanctuary for congregating covens to perform ritualistic ceremonies. While Mar outlines witchcraft’s history as a movement through the celebrated work of Englishman Gerald Gardner, the “godfather of Wicca,” the core of her book comprises profiles of the many witches she encountered. None of them are as fascinating as Morpheus, whom the author befriended deeply and honestly and who becomes an increasingly formidable influence. Though frequently overwhelmed, Mar’s fascination with the occult suffuses the narrative via in-depth explorations of intensive Feri witch rituals, a weeklong Spirit Gathering in a forest clearing in rural Illinois, participation in the annual pagan PantheaCon conventions, trial-and-error Feri training, and witchcraft circles hosted in a New England castle. The author initially approached craft rituals involving “circling, trancing, banishing personal demons, and bumping up against the dead” with dubiety and great hesitancy, yet once familiarized with her surroundings, she was enveloped in the wonder and the enlightenment each group imparted. A wide-eyed observer governed by an unshakable curiosity, Mar’s immersion in the multifaceted world of witchcraft (including a particularly chilling encounter with a necromancer) collectively broadened and enhanced her perspective about the craft itself—and will surely do the same for her readership.

An enchanting and addictive report shedding much-needed light on a spiritualistic community obfuscated by historical misinterpretation and pop-culture derision.