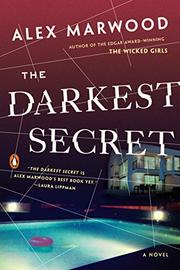 For readers who prefer their psychological thrillers dark, twisty, and filled with loathsome people, Marwood serves up the perfect dish in this story of very rich people, a missing twin, and an ill-fated weekend.

When 3-year-old Coco Jackson disappeared from a huge, expensive mansion in one of Britain’s toniest neighborhoods, she left behind an enduring modern mystery. The daughter—one of a pair of twins—of Sean Jackson, a millionaire land developer with a tendency to shed wives like old shoes, Coco vanished from her bed during her father's 50th birthday party, but the weekend was difficult even before that. Claire, Sean’s wife and the mother of twins Coco and Ruby, fired the nanny in a jealous fit of pique before the party got rolling and spent most of her time feuding with her wandering spouse. Add in an unwelcome surprise visit from Camilla and India, the daughters from Sean's first marriage, and a mishmash of characters who include a teenager with an unhealthy crush on the birthday boy, and Marwood sets up a gathering that’s unlikely to be remembered fondly by anyone present. The story shifts from the weekend Coco vanished in 2004 to the present, when the grown-up and still belligerent Camilla is notified that her father has been found dead in a hotel room, handcuffed to the bed. Camilla traces her difficult relationship with her dad while the flashbacks examine the hard-partying and irresponsible scene Sean and his friends indulged on the weekend Coco disappeared. Marwood introduces a boatload of characters early in the game, making for a bit of character soup, but she’s a skilled writer who eventually turns a meandering narrative into a cohesive story.