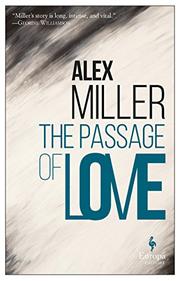 THE PASSAGE OF LOVE

An old writer looks back at the formative moments and people of his early years in this thoughtful autobiographical work by an award-winning Australian novelist.

The fictional writer, Robert Crofts, is 79 and hasn’t been working on a book since his last came out, “now more than two years ago,” when he recalls his fascination as a boy in postwar England with the Australian Outback. From this first-person prelude, Miller (The Simplest Words, 2016, etc.) shifts into third and introduces Crofts at age 19, just as he has quit three years of cowboy work “in the vast hinterland of the Australian north.” Crofts—who was Miller’s alter ego in his first published novel, Watching the Climbers on the Mountain (1988)—meets a woman who encourages him to write and a man who faults his prose and urges him to learn from great literature by attending university. Conflicting demands that can throttle creativity will be a big motif in this bildungsroman. Under the influence of his wife, Crofts will shift households several times, abandoning one novel, ending up on a remote farm where he enjoys the outdoor labor but suffers from writer’s block. Then his wife leaves to study Italian in Perugia and suffers a breakdown. Along the way, he meets a fascinating European couple in Melbourne who survived torture and imprisonment in wartime Germany. They deliver some fine ruminations on art and commitment in a novel that also traces those themes through a crucial pregnancy and Crofts’ relationships with three women. Miller’s writing sometimes drifts toward the saccharine, but he almost always pulls back—as he pulls back from the narrative several times in interludes that return to the first person of the much older man and highlight how memory has many layers.

A rich addition to the growing shelf of autofiction from a seasoned storyteller.