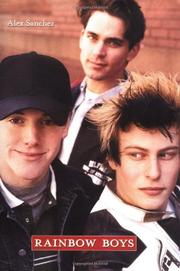 The lives of three suburban high school students become dramatically entangled in a manner familiar mostly to high-schoolers and soap-opera fans. Jason has a girlfriend (with whom he has sex), but he thinks a lot about male bodies and increasingly questions his sexuality. Kyle is the star of the swimming team who has known for a long time that he’s gay, but he’s still in the closet. Nelson is openly—and flamboyantly—gay. Jason is going steady with Debra; Kyle has a crush on Jason; Nelson has a crush on Kyle. Two of the boys have loving, concerned parents. One comes from a troubled family with an alcoholic father. And those are not nearly all the plots and subplots, all of which more or less get tied up by the end. The chapters rotate among the viewpoints of the three boys, a narrative technique that provides a crystal picture of each character. It also drives home the homophobia at school and the abuse the guys suffer and provides a lot of information about gay sexuality in the same way that Judy Blume’s Forever did for the heterosexual experience. Unlike some earlier novels about homosexuality, the persecution of the three boys is named plainly for what it is—homophobia—and not the hand of a punishing fate. Although marred by occasional melodramatic turns and some contrivance in the ending, this is a fine first effort, thought-provoking and informative for all young adults. The use of profanity and explicit descriptions of sexual activities call for a mature reader. There is a list of advocacy groups at the end, unusual in a novel, but understandable, perhaps necessary, in this one. (Fiction. YA)