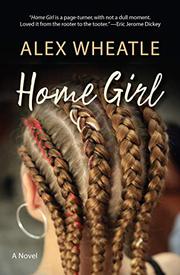 After Naomi accuses her latest foster father of being “a perv with a big prick P,” her social worker places her with a “second-generation British, West Indian” family, and Naomi begins to build familial connections with the parents, Tony and Colleen, who was also a foster child, and their two children, Pablo and Sharyna. Wheatle (Kerb-Stain Boys, 2018, etc.) has created a distasteful study in misogynoir, ableism, and homophobia. The book fast-tracks Naomi through situations where she leans into socially problematic scenarios with no apparent awareness: She begs her black foster mother to braid her hair so that she looks like Solange Knowles or Alicia Keys then is accused of cultural appropriation by a black girl who confronts her and is locked up in in-school suspension before being carted away. Wheatle's fictional Crongton leans into every negative stereotype of spaces where there are large concentrations of black communities. An opportunity to discuss issues of race in contemporary Britain is squandered when Dr. Martin Luther King Jr.’s “I Have a Dream” speech is quoted out of context, with Tony’s father being labeled racist while Naomi’s own racist commentary is not interrogated. The only queer relationship and characters in the story are demonized through violent and degrading behavior.

The use of extreme trauma to further this story’s development creates an unredeemable disconnect.