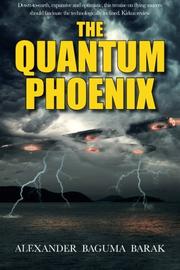 Aerospace enthusiast Barak offers a brief history of flying saucers and a detailed description of how one might actually be built.

The start of modern UFO culture can be traced not just to the 1947 incident at Roswell, N.M., but to World War II. Nazi scientists had been researching methods of dominating the skies over Europe and, pending victory, the United States. The Treaty of Versailles, however, prevented the Germans from building traditional weaponry; they instead focused on disc- and wing-shaped flying machines. This led to great successes in stealth technology, which married lasers and mirrors to standard aeronautical principles. But the war ended before the Nazis could deploy their breakthrough ships. And the U.S., in a secret campaign called Operation Paperclip, brought their enemy’s brightest scientists home to work in the American Southwest. There, human test pilots—not extraterrestrials—flew miraculous planes that were key in the Cold War strategy against Soviet Russia. Such hyperfast, maneuverable vehicles, able to fly nuclear payloads across the world within minutes, had to be kept secret at all costs. The U.S. government therefore encouraged a public obsession with aliens and unidentified flying objects. Barak, who encapsulates history with a novelist’s flair, goes on to discuss the mechanical details of how such aircraft might be constructed. Early on, he also reminds us that: “I am not a physicist, and my entire book is based on suppositions and imagination.” Nevertheless, he writes confidently—and at exhaustive length—about various craft structures and the wide range of materials used therein. Most engaging are his discussions about natural engineering (honeycombs and seed pods) that has inspired researchers in the field of biomimicry. Toward the end, he explores how lasers, fiber optics and quantum entanglement could power a flying saucer. Unfortunately, simple facts are sometimes wrong; awkward gaffes, including one in which President Ronald Reagan is mistakenly named Robert, may keep readers from investing too much faith in him. Still, the author’s rational insistence that alien abductions aren’t real is quite refreshing.

Down-to-earth, expansive and optimistic, this treatise on flying saucers should fascinate the technologically inclined.