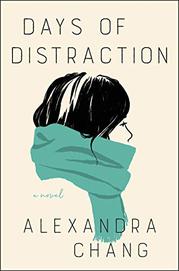 A coming-of-age tale for the 21st century.

“People think I’m smaller than I am.” This is the opening sentence of Chang's debut and—as the reader soon learns—a sly summation of the novel as a whole. A first-generation American and the daughter of Chinese parents, the unnamed narrator finds that people frequently see in her what they expect rather than what she is. But, more often than not, she shrinks herself to fit these misperceptions. She stays silent when her boyfriend, J, calls her his “little sweetheart.” She gives up trying to teach J how to pronounce the family nickname that he insists on using. At work—a tech publication—she chooses not to press the point when her superiors refuse to seriously discuss giving her a raise when she discovers that she’s earning less than all of her colleagues. Even in a world in which social media lets ordinary people become extraordinary, the protagonist asserts that she is quite simply ordinary—a consumer of other peoples’ lives, not the creator of one. J’s decision to enter a graduate program in upstate New York gives her the chance to leave the high-pressure microcosm of San Francisco and start again. Chang has won acclaim for her short stories, and, stylistically, her debut novel can be seen as a collection of linked microfictions. The text is composed of brief vignettes and the narrative is discursive, but this does not mean that the story feels choppy or disjointed. Instead, the novel's form encourages the reader to slow down, think about what they’ve just read, and figure out for themselves how the pieces fit together. The narrator’s meditations on themes like racism, capitalism, the role of technology in our lives, and complicated family relationships are simultaneously uniquely insightful and accessible to anyone who has grappled with these issues themselves.