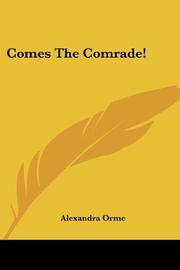 Report repeated from page 49 of the January 15th bulletin- postponed as a co-selection of the Book of the Month Club for June. ""The period of the sweep of Russian troops across Hungary provides the backdrop for an unusually vivid personal story, written by a Pole married to a Hungarian- and living in the midst of a huge sprawling family with its retainers in Mora, Hungary. With the departure of the German occupation forces, they awaited the Russians with rosy hopes and boundless faith. This is the story of the reality of Russian occupation, with all its contradictions, its violence, its squalor, its humor, its danger. Back and forth across the town for three grim months, the boisterous, filthy, acquisitive, uncouth Russian troops, with their gauche officers, passed. They were quartered in the manor house, in the Dower House, and turned them into pigsties with wanton destructiveness. They stole and smashed; they used Gestapo techniques and demanded unwarranted intimacies with equal abandon and irrelevance. ""Lida"", who tells the story, survived incredible brutalities, hardships, dangers, and succeeded in protecting her husband, victim of a Gestapo prison, in saving some semblance of authority as hostess, in holding the nucleus of the family together, even while she fed the Russians, ate and drank with them, held off their undesirable embraces, made friends and enemies, and took in her stride hardships that would have defeated 99 out of 100. As she tells her story, she manages to convey something of the qualities she found to like in the Russians- as well as the incredible ignorance and naivete and grossness that were equally characteristic. Here is the Russian occupation soldier- rather than the ordinary Russian on his home ground.