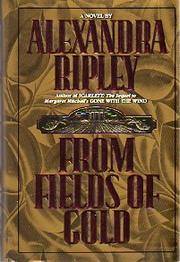 FROM FIELDS OF GOLD

Slim pickings from the turn-of-the-century North Carolina tobacco industry, by the author of Scarlett (not reviewed) and a slew of other Southern-fried fiction (New Orleans Legacy, 1987, etc.). Nate Richardson is a virile and promiscuous 18-year-old tobacco farmer who falls in lust with Lily Gaskins, the coquette who marries his preacher brother, Gideon. The newlyweds move far away, enabling Nate to focus on his big plan to take over the burgeoning cigarette industry. A crucial part of his project involves wresting the patent for a revolutionary new cigarette- rolling machine from its doddering inventor, but the machine's price tag is high: Nate must marry the inventor's granddaughter, Francesca (Chess) Standish, and promise to give her children. Chess's head for books and figures serves charming front-man Nate well; the two are happy as partners, and business takes off. Nate's tobacco is the most golden and the tastiest; the machine he builds is better than that of the competition. His family quickly goes from picking worms off tobacco leaves to selecting fine clothing and furnishings for their nouveau-riche mansions. Although she loves him, Chess and Nate both remain dissatisfied with their sex life, which comes and goes in quick, cold spurts. Nate keeps mistresses, including Lily. Chess raises their daughter and doesn't know what she's missing until she meets her cousin Lord Randall Standish on a trip to London. Nate, busy selling cigarettes to the Brits, doesn't notice that Chess falls rapturously into the lord's arms, where she learns the pleasures of the flesh. Returning to America, they learn that Lily's next child may be Nate's and that Lord Randall wants Chess back; the couple must decide whether to dissolve the partnership or fall in love. Unfortunately, Ripley provides little conflict, no subplots, and holds off on the steamy scenes until much too late in the book. A paperback original spilling out of its hardcover corset.