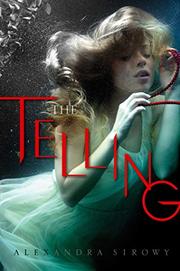 Lana divides her life between “before,” when her stepbrother Ben was alive, and “after” his murder.

The white teen doesn’t want to believe he’s really dead, but she saw his body being dragged away, felt the blood that had sprayed onto her. She wants to think somehow his spirit lingers, protecting her, but she knows that instead she has become more willing to defend herself. She now hangs reasonably easily with the popular crowd, until she discovers the dead body of Ben’s former girlfriend, Maggie. The police at first believe she and her friends murdered Maggie, but events prove that instead they are gradually becoming victims. Lana knows a bit more about the murders than she’s willing to tell, and she and her friends decide to pursue their own investigations—but her own actions may put her in real danger, even after the murderer has been caught. If Ben were alive, the victims might believably be his, but there really is no question that Ben is dead…right? Or could Lana be suffering from PTSD–induced memory lapses arising from Ben’s murder? Sirowy’s present-tense narrative gives narrator Lana plenty of room for introspection, as the girl examines her life and her own emotions, strengths, and weaknesses. While the action sometimes drags a bit with all of Lana’s musings, when another murder occurs the pace picks up nicely.

A neatly done murder mystery underneath the psychology.