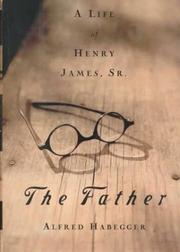 A Life of Henry James, Sr.

Can a minor literary figure sustain interest throughout a major biography? In the case of Henry James Sr., the answer is yes. James is the ``blocked and monomaniacal hierophant'' who fathered perhaps America's most remarkable literary brood—Henry, William, and Alice. With equal parts psychological insight and mordant humor, Habegger (English/Univ. of Kansas; Henry James and the ``Woman Business,'' not reviewed) limns a fiercely paradoxical man constantly undermined by inner demons. Henry Sr. (181182) is little read today, but he was an intellectual when it first came to matter during the American Literary Renaissance. An eccentric philosopher, Henry Sr. had wealth and a gift for witty conversation that gave him access to many of the leading literary and intellectual men of his day, including Emerson, Carlyle, Thoreau, and Oliver Wendell Holmes, yet his bilious essays also mired him in endless controversy. Habegger traces much of his character to a childhood accident that deprived him of a leg and gave him, presumably, much to compensate for. He spent his youth in drunken idleness. He had a devastating nervous breakdown in his 30s and later embraced and then quarreled with one religion or philosophy after another, including Calvinism, Swedenborgism, and Fourierism (his advocacy of the latter's theories on sexual freedom caused a huge scandal). His family relations also bore the marks of the crackpot: He favored William, shuttled Henry Jr. from one school and instructor to another, left his two younger sons exposed to the Civil War service from which William and Henry were shielded, and, regarding women as a mere appendage to men, so smothered Alice's questing intellect that she became suicidal. How ironic that in middle age this egotist came to believe that selfhood was the principle root of evil. This deserves an honored place on the shelves with previous biographies of the James family by Leon Edel, R.W.B. Lewis, and Jean Strouse.