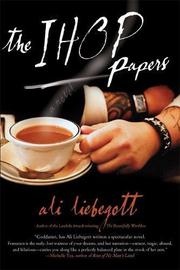 Schoolgirl crush frees a young waitress to escape the ’burbs for San Francisco.

Francesca’s friends think she’s wonderful—and why wouldn’t they? Beneath a thin veneer of hip cynicism, she’s thoughtful, brilliant and genuinely kind. She’s also abject and self-destructive, qualities that endear her to her philosophy professor, Irene. The book begins as Francesca follows Irene to San Francisco, hoping that Irene’s pity will turn to love. But the story truly gets underway when Francesca realizes the steepness of the price for being near her idol. Irene, it turns out, is no saint. She seems to collect needy students, and already lives with two young lovers, Jenny and Gustavo. Dejected, Francesca ends up in a tiny apartment in a seedy part of town, supporting herself by waitressing at IHOP. And while she waits for her luck to change, she develops a fulfilling, if eccentric, routine. She writes in her journal, tries to figure out how to get a girlfriend, attends AA meetings and seduces the occasional woman. The novel is supposed to be Francesca’s journal, and although it is filled with love-sick meditations about women, Irene in particular, it is also filled with impressively realized vignettes about Francesca’s customers, her parents and her lovers. Part of Francesca’s personality (and part of the story’s considerable force) is her fine ear for the tenor and cadences of other people’s speech. Francesca is keenly observant; she can mimic her father, her mother and her friends without mocking them, and she is saved from an unbearably coy quirkiness by her readiness to believe anything anyone tells her about herself. Watching Francesca realize how much she loves her little apartment, her new friends and even her grubby, smelly uniform is one of the many satisfactions here.

Tender writing about a raw life.