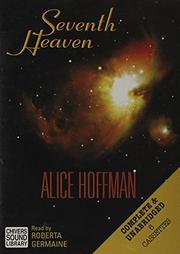 Following the well-received, topical At Risk (1988), Hoffman returns to the mythical, sometimes elegiac style of White Horses (1982) or The Drowning Season (1979). This time, the setting is deepest, darkest suburbia in 1959--where the arrival of the first divorcÃ‰e works something like a prince's kiss, waking the residents from their communal trance. Nora Silk, abandoned by her magician husband, is determined to make a good life for her two young sons. When she buys the only available house in a subdivision recently carved out of a Long Island potato field, she thinks she has it made. Her children will play baseball with the neighborhood children. She will fix them macaroni and cheese, Bosco and milk. But, quickly, it becomes apparent that Nora Silk and suburbia are a mismatch. She wears eye-makeup and cinch belts instead of kerchiefs and Bermuda shorts. She works as a manicurist instead of staying home, baking for her children. The women in the neighborhood shun her. The children in the neighborhood torment her son Billy. Eventually, however, it becomes evident that Nora's disruptive presence can serve as a source of strength for this community as it edges its way into the turmoil of the 1960's. And, even as Nora is secretly confirming their suspicions, having an affair with a teen-age boy, she becomes accepted--in fact, needed--by her neighbors. Hoffman's writing is as assured and lyrical as ever here. She is able to paint suburbia with such a mystical glow that every blade of crab-grass seems portentous. Overall, however, it's difficult to get close to the characters in this book. There are a lot of them, all spun into a lot of separate suburban episodes, and, sometimes, they feel like symbols instead of people. Still, Hoffman has the magic--and if she wants to tell us about once-upon-a-time in Levittown, she'll keep us hooked all the way to happily ever after (or a reasonable facsimile).