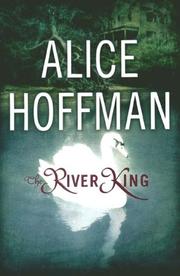 Hoffman, a gifted writer who's been treading water lately (Local Girls, 1997, etc.), is in much better form with this compelling portrait of class tensions and personal longings in the small-town Massachusetts.

Since 1858, the Haddan School has educated the children of the wealthy, who barely notice the village residents. More than 50 years after local girl Annie Howe, unhappily married to the school’s womanizing headmaster, hung herself from the rafters of the girls’ dormitory, town-gown fraternizing still seems a bad idea. Three new arrivals, though, quickly upset the smug status quo. Carlin Leander, transported from working-class Florida on a swimming scholarship, catches the fancy of handsome Harry McKenna, nasty top dog among the popular students. Betsy Chase, hired as photography instructor because she’s engaged to ambitious history teacher Eric Herman, finds herself attracted to Abe Grey, a town cop with a checkered past. And Gus Pierce, a brilliant but troubled new student, defies the vicious hazing (led by Harry) to which the faculty turns a blind eye. When Gus’s body is discovered in the river, everyone wants to sweep the matter under the rug. But Abe needs to honor the legacy of his upright grandfather, purge his bitter knowledge of the town’s current corruption, and redeem the sorrow of his brother’s long-ago suicide, as well as Annie Howe’s. He persists, and some measure of justice is meted out to the guilty, though there’s plenty of suffering for the innocent as well. Hoffman balances a biting depiction of Haddan’s snobbery and moral failures with her usual breathtakingly beautiful evocations of the natural world (laid on a little thick here). Her appealing protagonists find happiness, and a series of supernatural events suggest the existence of a higher order that will not allow evil to prevail . . . entirely.

A host of complex, well-drawn characters and a strong story make up for a slight tendency to overdo the magic realism in a novel sure to please Hoffman’s many fans.