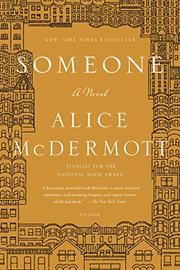 McDermott’s brief seventh novel (Child of My Heart, 2002, etc.) follows seven decades of a Brooklyn woman’s modest life to create one of the author’s most trenchant explorations into the heart and soul of the 20th-century Irish-American family.

Sitting on the stoop of her apartment building, 7-year-old Marie watches her 1920s Brooklyn neighborhood through the thick glasses she already wears—her ability to see or missee those around her is one of the novel’s overriding metaphors. She revels in the stories of her neighbors, from the tragedy of Billy Corrigan, blinded in the war, to the great romance of the Chebabs’ Syrian-Irish marriage. Affectionately nicknamed the “little pagan” in contrast to her studious, spiritual older brother Gabe, Marie feels secure and loved within her own family despite her occasional battles of will against her mother. Cozy in their narrow apartment, her parents are proud that Marie’s father has a white-collar job as a clerk, and they have great hopes for Gabe, who is soon off to seminary to study for the priesthood. Marie’s Edenic childhood shatters when her adored father dies. In fact, death is never far from the surface of these lives, particularly since Maries works as a young woman with the local undertaker, a job that affords many more glimpses into her neighbors and more storytelling. By then, Gabe has left the priesthood, claiming it didn’t suit him and that his widowed mother needs him at home. Is he a failure or a quiet saint? After her heart is broken by a local boy who dumps her for a richer girl, Marie marries one of Gabe’s former parishioners, has children and eventually moves away from the neighborhood. Gabe remains. Marie’s straightforward narration is interrupted with occasional jumps back and forward in time that create both a sense of foreboding and continuity as well as a meditation on the nature of sorrow.

There is no high drama here, but Marie and Gabe are compelling in their basic goodness, as is McDermott’s elegy to a vanished world.