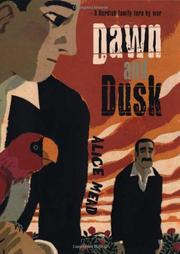 It was an ordinary day when the bombs fell over Sardasht, Iran. Thirteen-year-old Azad was walking downtown to buy a Pac-Man game. Other people were shopping or at work. Saddam Hussein’s use of chemical weapons—part of a campaign of genocide against the Kurds—was part of the larger war with Iran. Mead’s story opens with Azad in Maine, looking back, trying to convince himself of a time when he and his family were happy before having to flee Iran. Attacks from Iraq and the repressive government of the Ayatollah Khomeini had made life unbearable for ordinary people, and Azad tells his story in an uneasy mix of narrative and explication. Much history is told, but too often at the expense of the story. An excellent introduction provides additional historical perspective, including the culpability of the U.S. for its support of Saddam Hussein. It’s an important story, and any reader, young or old, wishing to know more about Iran, Iraq, Kosovo, Sudan and other troubled spots of the modern world would do well to start with Mead’s many informative works. (Fiction. 10+)