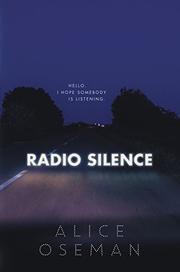 Two teens connect through a mysterious podcast in this sophomore effort by British author Oseman (Solitaire, 2015).

Frances Janvier is a 17-year-old British-Ethiopian head girl who is so driven to get into Cambridge that she mostly forgoes friendships for schoolwork. Her only self-indulgence is listening to and creating fan art for the podcast Universe City, “a…show about a suit-wearing student detective looking for a way to escape a sci-fi, monster-infested university.” Aled Last is a quiet white boy who identifies as “partly asexual.” When Frances discovers that Aled is the secret creator of Universe City, the two embark on a passionate, platonic relationship based on their joint love of pop culture. Their bond is complicated by Aled’s controlling mother and by Frances’ previous crush on Aled’s twin sister, Carys, who ran away last year and disappeared. When Aled’s identity is accidently leaked to the Universe City fandom, he severs his relationship with Frances, leaving her questioning her Cambridge goals and determined to win back his affection, no matter what the cost. Frances’ narration is keenly intelligent; she takes mordant pleasure in using an Indian friend’s ID to get into a club despite the fact they look nothing alike: “Gotta love white people.” Though the social-media–suffused plot occasionally lags, the main characters’ realistic relationship accurately depicts current issues of gender, race, and class.