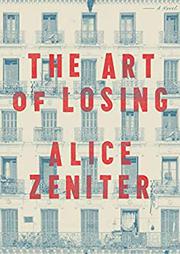 THE ART OF LOSING

What if the world identifies you as being something you don’t know anything about?

Naïma, a young French gallery worker, spends her days drifting between alcohol-fueled despair and bliss, unable to identify the nagging uncertainty about her roots that lurks at the edge of her consciousness. Born in France, the daughter of Hamid, an Algerian immigrant, and Clarisse, the daughter of a “traditional” French family, Naïma is aware of her Algerian identity but uninformed about its meaning (to herself and to the rest of the world) primarily due to her father’s purported lack of any memories about his early childhood years. After terrorist attacks in France, unspoken, but not unfelt, worries about the perception of darker skinned “Arab” residents prompt Naïma to wonder what others think of her and of her elderly Algerian grandmother. An opportunity to visit Algeria in order to prepare for an exhibit at the gallery where she works allows Naïma to explore the multigenerational effects of colonization, immigration, discrimination, and deracination—the most corrosive of these forces—on her family. Naïma’s and Hamid’s stories are told in turn but only after the history of Hamid’s father, Ali, as well as the disturbing aftermath of the choices he and others made during the course of Algeria’s war for independence. An unnamed and invisible narrator occasionally breaks through the fourth wall of Zeniter’s narrative, which is densely packed with fact and feeling about Algeria’s often difficult relationship with France and France’s difficult relationship with Algerians. Awarded the Prix Goncourt des Lycéens (a sort of junior version of France’s esteemed literary prize, voted upon by lycée students), the novel provides a crash course in a contemporary problem with historical roots.

Where are you from? Zeniter’s family saga addresses this question and a more difficult one: What if you don’t know?