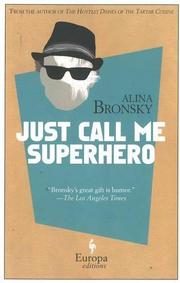 A German teen learns the importance of friendship, family and forgiveness in Bronsky's third novel (The Hottest Dishes of the Tartar Cuisine, 2011, etc.).

After Marek is attacked by a Rottweiler, his disfigured face isn't the only thing giving pain to the formerly handsome teenager. Enrolled in a small "cripple" support group by his divorced mother, Claudia, Marek idles between disgust and contempt for his fellow group members, his mother, and society at large. The six-person group is led by a seemingly unscathed "guru" whose unusual practices, including encouraging the group to film each other for a documentary, cloak a secret. Then Marek receives news that his father, who remarried and fathered a young boy, has died in a mountain-climbing accident; the boy's journey to bury his father and spend time with his half brother and stepmother allows him to come at last to the core of his own humanity. There are no draggy sections thanks to the book's nimble pacing and funny, vivid imagery ("The guru closed his eyes. Then he opened them again and exhaled slowly, like a boy who has just accidentally climbed up to the ten-meter diving platform"). Bronsky's organic revelations, which often take place in the middle of a phone conversation or in the observation of a quiet moment, propel the story forward while catching the reader off guard. Although Marek is narrating, the reader gleans his true character from the flinches, winces and face punches he elicits from those around him. By exploring what happens when one’s public face is literally gone, Bronsky thoughtfully asks what constitutes one’s fundamental identity. The answer to this question informs the book's title: We are ultimately defined by the people in our lives and how we show our love for them.