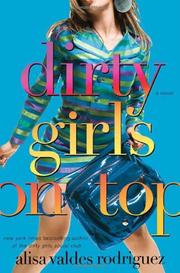 The sucias are back in this follow-up to The Dirty Girls Social Club (2003).

Latina BFFs Usnavys, Lauren, Elizabeth, Rebecca, Sara and Cuicatl (the rock star formerly known as Amber) are in their mid-30s now, but they’re not particularly wiser, as becomes obvious during their annual girls’ getaway to New Mexico. Self-destructive journalist Lauren is battling her chronic bulimia while fighting the familiar sinking feeling that her man Amaury, a reformed gang member, is cheating on her. He is, with a 14-year-old. Plus-sized powerhouse Usnavys is married with a spirited young daughter, but her devoted husband Juan’s stay-at-home dad routine does nothing for her libido, leading her to seduce an African-American golf pro who falls hard for her charms. And one-time battered wife Sara might have built up her self esteem by hosting a popular Cuban cooking show, but the mere fact that she is even talking to her estranged husband Roberto (hiding in Argentina after killing their maid) is very bad news indeed. Other issues that the girls must deal with include fertility woes, racist in-laws and the awkward aftermath of a hot Sapphic interlude between two of them. Their misadventures take them back to where they first met, Boston, and the inevitable brush (or two) with death that helps them come to terms with what can and must change in their lives. Valdes-Rodriguez gives each of her diverse and far-from-perfect characters a psychological complexity that frequently rises above the soap-opera craziness, even if some of the narration is self-consciously overly descriptive.

A rare sequel that’s as much fun as the original.