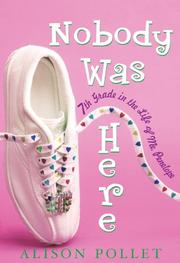 7th Grade in the Life of Me, Penelope

In an Upper East Side private school, a status-conscious, label-conscious, preppy 1981, Penelope Rosenberg is confronting the ambiguities of 12 going on 13. She’s arrived in the memorable territory of cliques, mean girls, and growing up, when simple friendships can be transformed by some girls into weapons—or liabilities. As her elementary-school classmates from Elston rush ahead into seventh grade, Penelope finds herself trailing the pack. One bullying girl dictates to the rest that kids new to Elston be spurned, and Penelope is startled to discover that her feelings oppose this, and that she’s ambivalent about her long-time “best” friendship. She develops a tenuous friendship outside of school with a somewhat eccentric, individualistic classmate. Pollet’s light-hearted rendering of surface concerns (is it okay to buy earrings that match the alpha girl’s?) gives way to deeper currents in which Penelope finds herself trying to stay afloat. One classmate is made a scapegoat and literally marked by a mob of girls wielding felt-tip pens; Penelope suspects that her mother’s new “friendship” is really an affair; she realizes that deciding to part from the dictating mob will be painful. Light, but sturdy middle-school fare. (Fiction. 10-13)