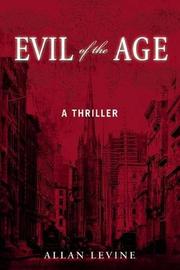 EVIL OF THE AGE

A reporter and his boss take on a corrupt administration in 1871 New York.

Charles St. Clair and his boss, Tom Fox, owner of Fox’s Weekly, have been publishing a series of exposés on corrupt city officials, including Victor Fowler, the powerful head of the "Fowler Ring," which has been stealing millions from the city's coffers. St. Clair is in trouble as he owes a vicious gambler quite a bit of money, but that doesn't distract him from his shocking stories; he's getting inside information from one of Fowler’s cronies. When the dead body of a woman is found in a trunk, St. Clair is only partly distracted from his main interests as it appears the woman died from a botched abortion by the city's most famous abortionist, Madame Philippe. St. Clair still feels guilty about the death of his wife from an abortion he condoned, and he's now a violent opponent of the procedure. So he's happy to help when Fox hires Ruth Cardaso, a beautiful actress, to visit abortion clinics gathering information for an article he plans to run called "Evil of the Age." Madame Philippe has long had Fowler's backing, so it seems odd that he doesn't do anything to help her when she's arrested. St. Clair visits her in prison, and while he still detests the woman, he becomes convinced that she's innocent of that particular death. St. Clair’s brother-in-law is one of the few honest cops in the city, and he discovers that Ruth is wanted for murder in Chicago, but it’s too late for St. Clair, who's already fallen for her. As St. Clair continues his investigation he finds more self-serving villains in surprising places, many who would be all-too-glad to see him dead. Levine is a Canadian historian and author (King, 2013, etc.) whose background is well-suited for this first in a planned series.

Based on real people and events, the mystery is satisfying and the historical detail fascinating and topical.

SHALL WE NOT REVENGE
by D. M. Pirrone
Mystery