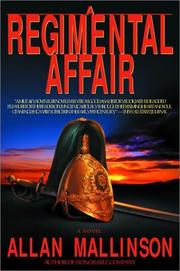 In previous installments, British cavalry officer Mallinson (Honorable Company, 2000, etc.) offered us the beginnings of Captain Matthew Hervey’s army career—which was born amid the stress of the Napoleonic Wars and grew up with the colonial campaigns in Ireland and India. Hervey is no Flashman: A minister’s son, he is goodhearted, honest, and loyal—and, despite his romantic weaknesses, he is no rake, either. Here, we follow him home to England, in 1817, when the economic turmoil wrought by years of warfare has ravaged the nation and reduced much of the populace to beggary. Since a great many of these unfortunates are ex-soldiers nursing their grudges against the king who used and later discarded them, the problem soon presents a sharp political edge. Hervey’s regiment is called upon to keep the peace, yet another in a series of unpleasant and morally dubious tasks that our hero has been called upon to render to king and country. He hopes to escape far enough into private life to marry his beloved Lady Henrietta Lindsay, but he finds an insuperable obstacle to his domestic happiness in his commanding officer, Lord Towcester. An incompetent and corrupt soldier, Towcester makes use of his social connections to keep Hervey from exposing him—as the price of his marriage. Is there to be no rest for the warrior?

Battle fans may find this episode of the captain’s adventures a bit too concerned with the inner workings of military careerism, but Mallinson has cooked up a hearty historical stew all the same.