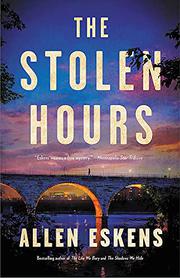 A law clerk still battling demons from her past must rise to dizzying heights in preparing a case against a serial sex killer.

Lila Nash has never truly recovered from her rape when she was 18. She’s cut herself, tried to kill herself, spent years in therapy, powered her way through law school, and landed a plum entry-level job with the Hennepin County Attorney’s Office despite the fact that Frank Dovey, the new prosecutor, has hated Lila ever since she and her law school mentor, professor Boady Sanden, embarrassed him in court. Now Andi Fitch, the aggressive prosecutor to whom Dovey has assigned Lila as an assistant in the serene confidence that she’ll fail, presses her to make the case against wedding photographer Gavin Spencer, who’s accused of assaulting and nearly killing bridesmaid Sadie Vauk. Spencer, a serial predator who plans and executes his murderous assaults meticulously and has a special gift for seeing around curves and destroying the evidence that might incriminate him, is a ruthless antagonist. As Eskens demonstrates, however, he’s cut from the same cloth as Frank Dovey, whose bloodless campaign against Lila is every bit as unscrupulous. Even readers who predict the tale’s biggest twist before it arrives will still have the breath knocked out of them by the surprises that follow. And they’ll all cheer when fragile Lila finally gains the strength to stand up to the oppressors in her life and wrestle it back from them.