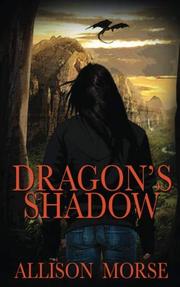 In this YA novel, Morse (The Sweetheart Deal, 2015, etc.) tells the story of two teenagers in different worlds whose fates are connected by an ominous prophecy.

More than anything, 14-year-old Kylie wants to lead a normal life. She loves science, has a crush on an older student, and is devoted to her dog, Newton. However, she struggles with moments of overwhelming and violent anger as well as inexplicable visions, which have previously landed her in a residential treatment center. Her problems appear to be connected to a mysterious amulet, given to her shortly before her mother’s death. Meanwhile, 14-year-old Prince Jarlon lives in Hamadriad, a land in a magical realm where humans exist alongside other fantasy races, such as the furry “cortali” and fierce “shinwar.” Born and raised to take the throne, Jarlon enjoys sword fighting and is steadfast in his loyalty to his country. After his home is attacked by the forces of an evil dragon, he attempts to mount a counterattack and avenge his fallen relatives; soon, he’s embroiled in local politics and coming to terms with his role as a leader. The two worlds collide when Kylie witnesses her stepfather open a portal to the magical realm and begins her own confrontation with the insidious influences of the dragon. Although the plot is fairly straightforward, Morse maintains suspense by alternating the perspectives of the two main characters, transporting the reader from cliffhanger to cliffhanger. She has an impressive ability to quickly establish likable characters and create sincere connections between them. For example, the relationship between Jarlon and Tryffin, a cortalis who becomes indentured to the palace as a punishment for stealing, is both entertaining and fraught with emotion. Thematically, the novel emphasizes the importance of taking responsibility for one’s actions and frequently calls into question the idea of destiny versus free will.