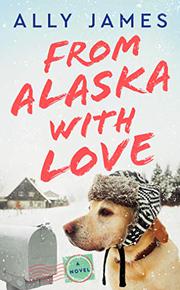 FROM ALASKA WITH LOVE

A downtrodden nanny sends off a quick note of appreciation to a soldier; when it lands on a major’s desk, it sparks an unexpected romance, but things get complicated once he's back on U.S. soil.

Sara Ryan needs a change. She loves her niece, Kaylee, but being the girl's nanny for the past three years has made it too easy for her brother and sister-in-law to duck their parenting responsibilities while taking advantage of her time and kindness. Sara's widowed mother depends on her, too, and now that Sara has spent years taking care of her family, they've become dependent and entitled while continually chipping away at her self-esteem. Then, when she hears a radio story about sending letters to troops serving abroad, Maj. Gabriel Randall comes into her life. He responds to her letter with an email, which leads to texts, FaceTime, and a full-blown emotional affair—and finally an airline ticket to Alaska for Sara to spend time with Gabriel at the end of his deployment. But Sara has confided to no one but a cousin about the correspondence, and as the day she’s supposed to leave for Alaska grows closer, she continues to keep her silence, creating confusion and turmoil when events force her to face her choices head-on. James (a new pen name for established author Sydney Landon) takes on a kind of mashup of “Cinderella” and soldier pen-pal fantasy, in a sweet, touching way. It is frustrating how reactive Sara is until the very end—even understanding that that’s supposed to be her growth arc—and how everyone else solves her problems, but the ultimate meshing of two lonely souls through a seemingly fated letter makes for a tender, satisfying love story overall.

THE YEAR OF SECRET ASSIGNMENTS*
by Jaclyn Moriarty
Children

RETURN TO ME
by Kelly Moran
Fiction

WHEN A SCOT TIES THE KNOT
by Tessa Dare
Fiction