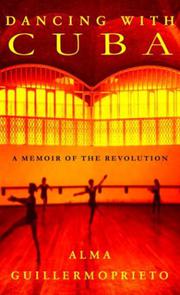 A Memoir of the Revolution

The momentous year in Cuba that transformed the author from dancer into one of the most charringly honest journalists at work today.

In New York City at the end of the 1960s, Mexican-born Guillermoprieto (The Heart That Bleeds, 1994, etc.) was studying modern dance—described in prose of revelatory fluidity—with Martha Graham. She then worked with Merce Cunningham, who threw a bucket of cold water on her prospects as a performer but offered her a chance to teach dance in Cuba. This opened up a whole new road, though it was not an easy one. At times the romance and emotion of post-revolutionary Cuba overwhelmed Guillermoprieto, leading to periods of confusion and despair, even suicidal tendencies. Cuba was a cauldron: she tasted the “fragile, vaporous elegance” of Havana, but she also experienced the horror of international politics, especially the war in Vietnam. “I was incurably altered by the consciousness of living in an obscene world. . . . Day by day I simply lost the logic of things and their pleasure.” Like many others, the author was seduced by the infectious decency of the revolution, admiring its attempt to (in the words of a Cuban friend) “transform this Yankee whorehouse into a real country.” Yet Guillermoprieto deplored the government’s suspicion of the arts and was repulsed by Che Guevara’s death wish. This lively, sharp history of the Cuban revolution also chronicles an intense personal confrontation: How will the author conduct her days? What lies in her future? Her prose has an odd and beautiful syncopation; it’s unhurried and trim, artistic without affection, on the alert to question and commend. Here are struck the sparks that will result in Guillermoprieto’s peerless reporting for the New Yorker and the New York Review of Books on the politics of Latin America.

Written with dignity and without rhetoric or undue emotion: when this author flays her feelings, it’s because she is utterly alive and in protest.