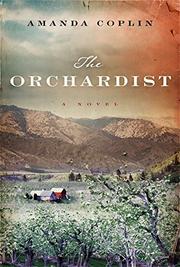 “You belong to the earth, and the earth is hard,” 9-year-old Talmadge heard from his mother, who brought him and his sister Elsbeth to Washington in 1857 to cultivate an apple orchard after their father was killed. Their mother died three years later, and Elsbeth vanished five years after that, leaving Talmadge with a load of guilt that grew alongside his orchards. So when two starving, heavily pregnant teenage girls, Jane and Della, turn up on his land in 1900, he feels protective toward them even before he learns their history. They have run away from Michaelson, a monstrous opium addict who stocks his brothel with very young girls whom he sexually and physically abuses. When he turns up shortly after the girls have given birth, a shocking scene leaves only Della and Jane’s baby, Angelene, alive to be nurtured by Talmadge and his close friend Caroline Middey, an herbalist who warns him that Della is likely to disappear as his sister did. Sure enough, Della soon heads off for a peripatetic life of hard drinking and aimless wandering, driven by the hatred and fear instilled by her youth with Michaelson. Angelene grows up devoted to Talmadge and the orchard, worried by the knowledge that he still pines for Della and Elsbeth. Della sees her erstwhile tormentor being led off in handcuffs when Angelene is 13, setting in motion a disastrous chain of events that engulfs Talmadge and everyone he cares for. “Why are we born?” wonders Della, a question that haunts all the characters. Coplin offers no answers, only the hard certainties of labor and of love that are seldom enough to ease a beloved’s pain. Yet the novel is so beautifully written, so alive to the magnificence of the land and the intricate mysteries of human nature, that it inspires awe rather than depression.