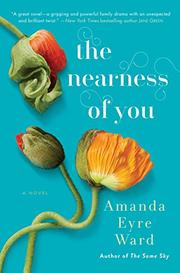 THE NEARNESS OF YOU

A young surrogate mother changes her mind and goes AWOL.

Suzette and Hyland Kendall, she a workaholic heart surgeon, he an unhappy architect, agreed early on not to have children. As the child of a severely mentally ill mother—her early memories include being rescued by a firefighter from a burning house while in an advanced state of malnutrition—Suzette will take no chances with her genes. But Hyland, who lost his parents and sister in a car accident when he was 11, has never given up his secret desire to see their faces in another generation. And now that surrogacy has become a convenient option, he is able to bring Suzette around to his side. Dorrie, the 21-year-old they meet through the Fertility Clinic of Houston, is planning to use her $35,000 fee to escape her job feeding penguins at Sea-O-Rama and fulfill her dream of going to college. Once pregnant, she realizes pretty quickly that she’ll never be able to give up her baby and hits the road before they even get the first sonogram. She hides out in a seedy motel in New Orleans, then helps a young girl ditch her junkie prostitute mom and return to the house FEMA kicked them out of. Here, amid the standing water and the mildew, the two camp out until the baby’s birth, which they manage themselves with a few books spread out on the floor. Twists, turns, and a big jump in time get us back to the setup in the prologue: a teenager lies in a hospital room on the brink of death. Two women and a man stand by her bed. “Which of you is her mother?” asks the nurse, but nobody seems to be able to answer the question.