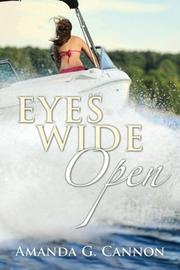 Auburn University grad Livvy is an overachieving size-two brunette with gorgeous hair and a phenomenal wardrobe, including an ever-expanding collection of Jimmy Choo shoes, Vera Wang dresses and Tory Burch accessories. She also has a supportive family and loyal friends.  Aside from the fact that she has Type 1 diabetes, Livvy has everything a girl could wish for, except a committed boyfriend. Her mother, an aspiring novelist, takes her on a post-graduation trip to Cabo San Lucas, Mexico, and convinces her to read her novel on the way. Poolside, Livvy meets a book publisher, which leads to her mother signing a book deal. Later, Livvy enjoys adventures with three male friends who are also staying at the resort. After a romantic, chaste fling with one of them, Livvy flies home in time to join her family on a Christmas ski trip. There, an old flame, Robert, emotionally crushes her by saying he doesn’t want to see her anymore. Livvy drowns her sorrows with a succession of quickie romances and bemoans the fact guys seem awed by her virginity: “I can’t give it away,” she says in her trademark, self-deprecating style. Soon, a hotshot banker boyfriend whisks her around New York, London and Paris, but things turn a little too James Bond when bullets start flying. Back in Alabama, filmmakers are shooting a movie version of her mother’s book, and Livvy finds work as a personal assistant to British actor Peter Weston, who’s temporarily living in her parents’ lake house—and she soon finds herself falling for him. Despite occasional typos, this fast-paced tale will keep readers turning pages to find out how Livvy gets herself in and out of her various troubles. Readers may find it a stretch that no boyfriends attempt to take advantage of Livvy, but they’ll likely find her reluctant-virgin dilemma amusing. Cannon also masterfully navigates the diabetes subplot, making Livvy’s health a minor but important part of the story. By the time the plot reaches its happily-ever-after conclusion, readers will likely be fans of Livvy and her adventures.

A fun, lively romp sure to please fans of smart chick lit.

GETTING OVER JACK WAGNER
by Elise Juska
Nonfiction

THE FIGHT TO SURVIVE
by Caroline Cox
Newsletter sign-up