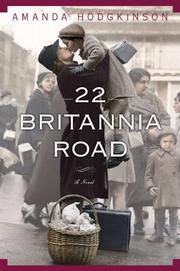 A Polish family shattered by World War II struggles to reunite in peace-time, in a strikingly mature British debut.

What comes after surviving? asks Hodgkinson in her ambitious, emotionally incisive first novel threaded with primitive human instincts for safety and companionship. Her central characters Silvana and Janusz Nowak meet and fall in love in 1937, marrying and moving to Warsaw when Silvana falls pregnant. As war approaches, Janusz joins up, expecting Silvana and their son Aurek to move in with his parents, but these plans are disrupted and Silvana ends up foraging in the forest alongside other survivors while Janusz embarks on a trek through Hungary and France to England. Reunited as British immigrants in a Suffolk town in 1946, the adults are scarred by their long separation, the events they witnessed and their secrets. Janusz had a French lover, Hélène, while Silvana’s savage and deprived existence has left Aurek half feral. In their new suburban existence the three try to restore normal relationships but simple yearning isn’t enough and eventually the secrets drive them apart, Silvana into the open arms of Tony, the father of Aurek’s school friend. Janusz now enters a period of destructive grief and Silvana has lessons to learn about Tony; it takes a gesture from Aurek to bring about a conclusion of surprising grace.

Hodgkinson enters boldly into well-trodden, sensitive territory and distinguishes herself with freshness and empathy.