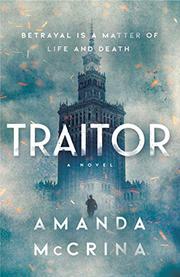 A Novel of World War II

During World War II, two young men find themselves caught in the crosshairs of various factions in the occupied Galician city known to Poles as Lwów and to Ukrainians as L’viv.

Seventeen-year-old Tolya is a half Polish/half Ukrainian sniper in the Soviet Army stationed in the contested territory, where he must keep his Polish heritage a secret or risk his life. Aleksey is a charismatic Ukrainian nationalist whose father was a celebrated freedom fighter. The narrative jumps back and forth between Tolya in 1944, following the Soviet liberation of the city from Germany, and Aleksey three years earlier, with German forces poised to invade the city following the Soviets’ initial retreat. Their paths cross in 1944 when, in a split-second decision, Tolya shoots his unit’s political officer and Aleksey’s squad of the Ukrainian Insurgent Army rescues him at the behest of a mysterious informer within the Soviet ranks. Following a subsequent betrayal within his own squad, Aleksey goes on the run with Tolya, setting up a complex plot full of double crosses and unexpected alliances. The narrative’s nonlinear structure is effective at building suspense and garnering sympathy for its protagonists, though some confusion over who is fighting whom is warranted in this complicated slice of history that does not shy away from depicting scenes of violence and torture.

Deftly explores poignant questions about the nature of loyalty in desperate circumstances.