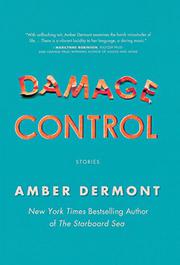 The anthology includes 11 previously published stories and three new narratives. A mother and daughter travel to LBJ’s birthplace in “Lyndon” and engage in an unconventional tour that bridges the gulf between them. In the title story, a young man lives with his girlfriend’s mother and runs the family’s school for Southern etiquette while his girlfriend is indicted for securities fraud. This delightful tongue-in-cheek narrative, one of the best in the book, pits old-world manners against modern-day behavior. A woman rents herself out as a companion to elderly travelers following the death of her husband and reflects that, after 46 cruises, travel hasn’t liberated her as it has many of her companions. She also realizes that a recent action she’s committed may be the cause of a current crisis on board the cruise ship. Dermont changes tone in “Sorry, You are Not a Winner,” a narrative that highlights the incongruities between a group of rich, beautiful people playing children’s board games and a young woman who was once a part of the crowd and who now serves as their maid while caring for her terminally ill parents. Questions about faith, family and morality are explored in “The Master of Invoices,” and “Camp” examines amoral behavior among adults who are responsible for reinforcing values in the younger generation. Dermont delivers strong prose and intriguing characters who frequently defy stereotypical ideals. Although a couple of the narratives fail to live up to the high standards the other stories achieve, the overall effect is a tight collection that takes the reader in unexpected, often disconcerting, directions.

Full of irony and contradictions, this compilation of contemporary short stories is a worthwhile effort.