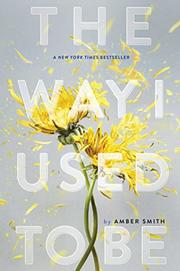 THE WAY I USED TO BE

In the three years following Eden’s brutal rape by her brother’s best friend, Kevin, she descends into anger, isolation, and promiscuity.

Eden’s silence about the assault is cemented by both Kevin’s confident assurance that if she tells anyone, “No one will ever believe you. You know that. No one. Not ever,” and a chillingly believable death threat. For the remainder of Eden’s freshman year, she withdraws from her family and becomes increasingly full of hatred for Kevin and the world she feels failed to protect her. But when a friend mentions that she’s “reinventing” herself, Eden embarks on a hopeful plan to do the same. She begins her sophomore year with new clothes and friendly smiles for her fellow students, which attract the romantic attentions of a kind senior athlete. But, bizarrely, Kevin’s younger sister goes on a smear campaign to label Eden a “totally slutty disgusting whore,” which sends Eden back toward self-destruction. Eden narrates in a tightly focused present tense how she withdraws again from nearly everyone and attempts to find comfort (or at least oblivion) through a series of nearly anonymous sexual encounters. This self-centeredness makes her relationships with other characters feel underdeveloped and even puzzling at times. Absent ethnic and cultural markers, Eden and her family and classmates are likely default white.

Eden’s emotionally raw narration is compelling despite its solipsism. (Fiction. 14-18)