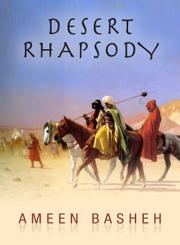 A historical generational saga set in the Arabian Peninsula.

Basheh’s debut opens with a scene of the young, but great and mighty Harb preparing for battle. Harb’s victory cements his reputation and brings his army glory and wealth. The victory, however, is bittersweet as the warrior loses his closest friend. Among Harb’s spoils of war is Fareedah, a captive woman who later becomes his wife. She vows never to love him, a vow she is in danger of breaking until Harb cruelly murders their young daughter. Soon enough, the two become parents to two sons, Sakhr and Mazin, as well as another daughter, Itimad. A boy from the village Imru spends time with Sakhr and Mazin and becomes a sort of adopted son to Harb and Fareedah. As Harb, thanks to his fondness for drink, becomes more or less complacent, the story follows the new generation in their exploits. But a dark stain hangs over this family: It causes Sakhr to die after falling from a horse, and it causes Harb, in a rage, to slay Imru. Murder, treachery and jealousy abound in this world that is so unlike and yet in some ways very similar to our own. Poetry excerpts appear at the beginning of most chapters, and at times, Basheh’s writing has a poetic style to it: “The wind was humming a melody with the sand. It was a song that only virgins who were in love sang in secret.” This shorter novel spans decades of time, shifting viewpoints throughout. As a result, some characters seem more sharply drawn than others. That said, all the characters have a complexity that makes them compelling if not always likable.

Sixth-century Arabia comes to life in this novel about a powerful family and the heartbreaks they endure.

THE LEGEND OF THE WANDERING KING
by Laura Gallego Garcia
Fiction