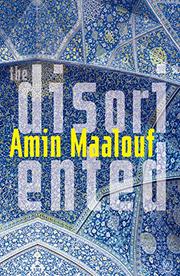 Think The Big Chill in Beirut with some of the sex but little of the lightheartedness in Jeune Afrique editor-in-chief Maalouf’s charged novel. Adam, whose name, he records in his overflowing notebooks, “encompasses all of nascent humanity, yet I belong to a humanity that is dying,” receives a phone call in Paris, where he has been living since leaving his native Lebanon in a time of conflict. His friend Mourad lies dying, Mourad’s wife tells Adam, and wants to see him before he dies. Adam is reluctant: We haven’t spoken for years, he protests. Nonetheless, he travels home to a place he barely recognizes. Just what drove the two friends apart emerges slowly, and as friends gather to commemorate Mourad’s passing, they wistfully remember a time when, as Adam recalls, “My friends belonged to all denominations and each made it a duty, a point of pride, to mock his own—and then, gently, those of the others.” The gentleness is long past, as an Arab jihadi pointedly tells Adam. For his part, Adam, a historian who is years overdue delivering a commissioned biography of Attila, admits to knowing more about Caesar and Hannibal than about his own circle. He begins to chase down the details of their lives—but, as his partner in Paris chides, “I know you, Adam. You’ll fill hundreds of pages with stories of your friends, but it will all end up mouldering in a drawer.” Those stories are inevitably ones of dreams dashed and new realities substituted for them: a woman with whom he has a fitful affair wanted to become a surgeon but instead winds up as what Adam calls a “chatelaine,” that is, a hotel manager; another, a man of the world, withdraws to a monastery; a third, whose “long curly hair was more white than gray” now, has moved across the world to Brazil; and so on. None is particularly happy—and the story, fittingly, ends on a tragic, uncertain note.

A thoughtful, philosophically rich story that probes a still-open wound.