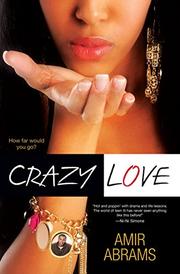 “[W]hen I was your age,” Kamiyah's older sister Erika explains in this engaging, well-paced cautionary tale, “…we used to call that kind of love 'crazy love'—becoming obsessed with a relationship.”

The summer before her senior year of high school, Kamiyah meets Sincere at a fraternity-hosted party. Soon, their relationship begins to consume her life. Kamiyah texts Sincere constantly, even while hanging out with her friends, and gets angry if she doesn't hear back right away. She worries that Sincere is cheating and stakes out his home to try to catch him. Meanwhile, Kamiyah's father gives her a BMW for her birthday, and Kamiyah ends up on punishment after arguing about it with her mother, whom she calls the Wicked Witch. Narrator Kamiyah sees her behavior as justified, but readers are given enough outside information (her friends' frustration with her constant texting, Sincere's discomfort when she fights the girl who flirts with him at a pizza shop) to take a different view. Both the dialogue and Kamiyah's narrative voice are fresh and current. Although the story ends somewhat abruptly, an epilogue set three months later gives readers some idea of how Kamiyah's life and choices have changed.

A thought-provoking and timely tale, told in an up-to-date, believable voice.