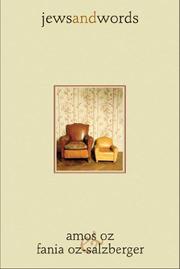 An Israeli novelist father (Scenes from Village Life, 2012, etc.) and historian daughter (Israelis in Berlin, 2001, etc.) argue that words are the most crucial ingredients in the long history of Jewish culture.

In a tone that is genial and modest, father and daughter—both professors (Literature/Ben Gurion Univ., and History/Univ. of Haifa, respectively)—only occasionally disagree in this disquisition about the significance and relationship of words, history, religion and culture. After establishing their fundamental and shared beliefs—they are secular Jews who value the Bible not for its historical or religious meanings but for “its splendor as literature”—they establish their thesis (the printed word has unified and identified Jews) and begin marshaling support. They talk about the importance of the “teacher-parent module” in Jewish families and traditions, recognize that debate and dispute are part of the reading process, and repeatedly state that the fiction of the Bible communicates great human truths. As the authors recount various Bible tales in support of their thesis, they devote an entire chapter to powerful and otherwise significant women (from Eve to Tamar), and they note how swiftly, once liberated, Jewish women rose in academe. Another compelling section deals with the concept of time (cyclical, linear), and the authors declare that Jews have their “backs to the future and [their] faces toward the past.” They also deal with the term “Judaism,” observing that it began as a term of opprobrium before it became more common, and they note the immense significance of individual names in the Bible.

A provocative mixture of scholarship, sly observation and wry writing that often glistens.