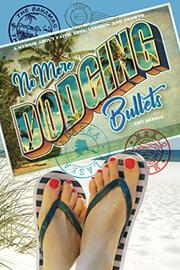 A Texas woman grapples with a government investigation in this debut memoir.

By her own account, Herrig grew up a happy child with two loving parents who emotionally embraced the hippie culture of the 1970s: “We were vegetarians, marijuana smoking was embraced, nudity was perfectly acceptable, and ‘make love not war’ was certainly the mind-set.” Her father owned a head shop in Dallas, the Gas Pipe, selling drug paraphernalia but no illegal substances. In the early ’80s, during the Ronald Reagan years, the store faced legal problems. The issues were resolved and the family opened several more stores. The author writes dryly: “Today every product that is sold at the Gas Pipe is also sold on Amazon.” With the success of the Gas Pipe, Herrig’s father later expanded into real estate, building a fishing lodge in Alaska and investing in other properties. The stores were enormously successful, but the then-teenage author crashed, becoming involved in a long-term abusive relationship and using heavy drugs. She writes about this period with brutal honesty, accepting responsibility for the poor choices she made. And then she started over, working with her father in his rapidly expanding enterprises. Two children, two marriages, and almost two decades later, the Gas Pipe became a target of the Drug Enforcement Administration. Herrig describes in vivid and painful detail how the government seized or put liens on everything she and her father had built and accumulated—homes, businesses, cars, airplanes (needed for the fishing lodge), and bank accounts—under a very public and humiliating investigation that ultimately involved just one questionable product they were carrying. Readers should be prepared for a course in the chemical intricacies and variations of “synthetic cannabinoids.” The final two-thirds of the narrative recounts the upsetting events during a five-year legal battle starting in 2014 that involved teams of attorneys and intransigent prosecutors. The legal information is complicated and lengthy, but the traumatic personal drama is riveting, heartbreaking, and infuriating. Remarkably, Herrig closes her book with a positive outlook for the future.

An engrossing and disturbing read about a harrowing legal battle.